Add these stellar video games to your collection

Add these stellar video games to your collection

In an increasingly digital world, nothing beats replacing everyday stress with sheer entertainment, as delivered through dazzling consoles and graphics engines that are getting more and more impressive by the year.

Here are a few titles of varying gameplay that will add more pizzazz to your collection.

All titles are available at the click of a button from Beirut Shopping, Lebanon’s number one online retailer. 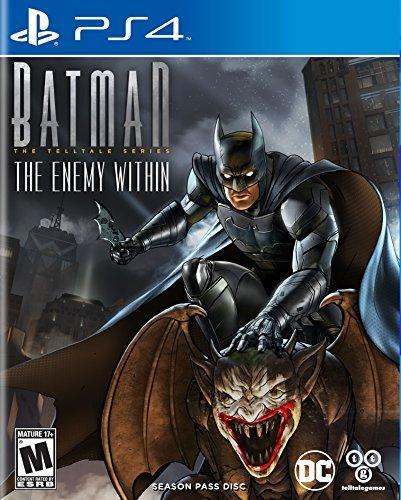 Batman: the Enemy Within – the telltale series

Going with the motions of Telltale’s unique style of gameplay, this episodic release casts Batman in an all-new context where your decisions directly impact the story. You’ll have to remain fully focused without losing sight of every word uttered during engaging dialogue by playing out quick time events as they surface. You get to be in both Bruce Wayne and his alter-ego Batman’s bat shoes, through an unfolding narrative that changes every time the game is played, based on your unique decisions. 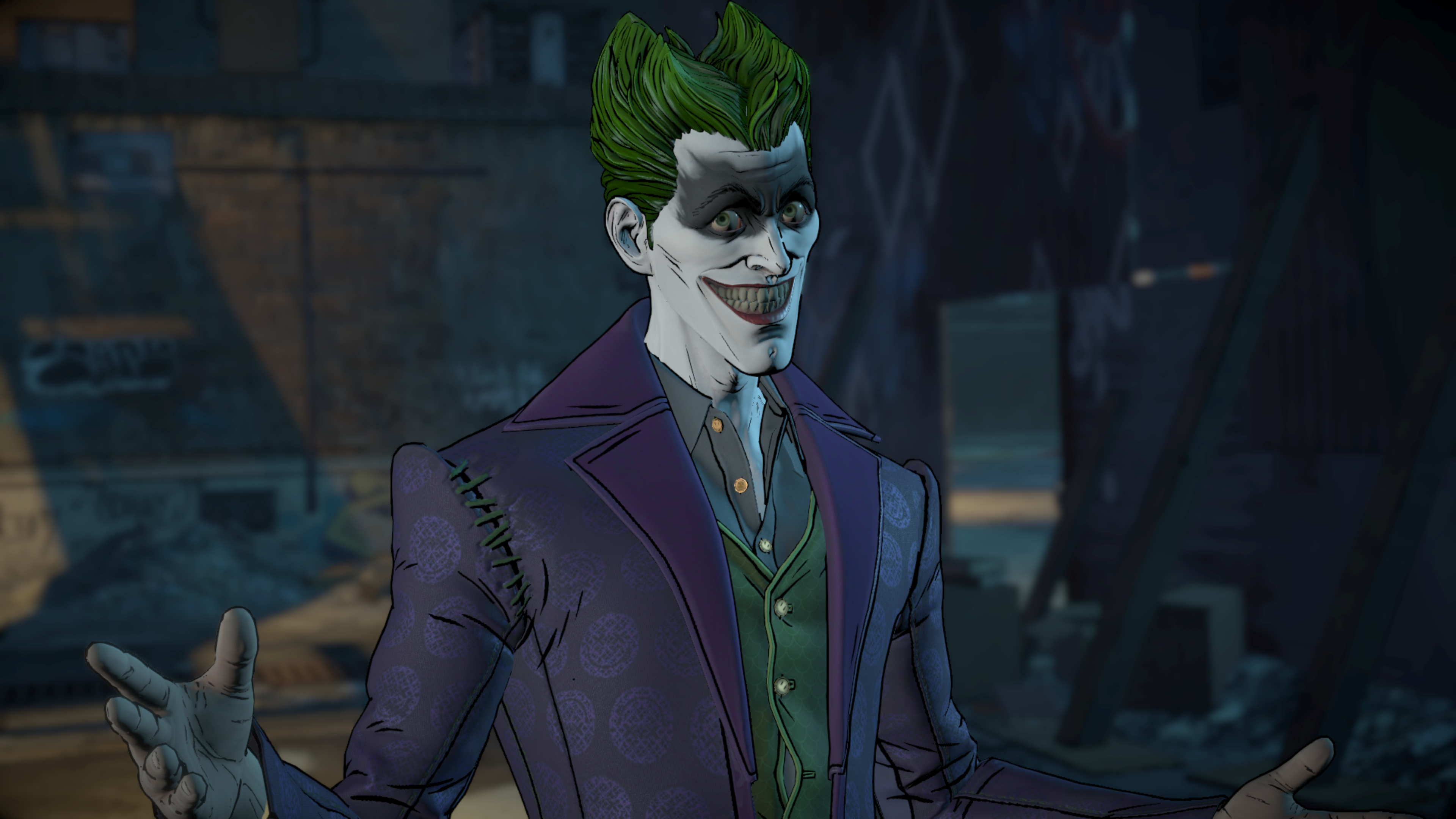 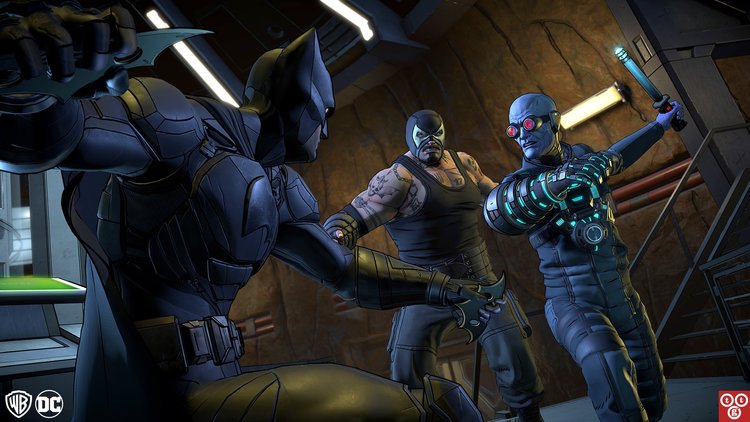 Decipher mind-boggling puzzles and de-code masterminded riddles while taking on the Gotham city-scape and its unpredictable bouts of peril at every turn of the way.

You’ll be completely transported into the legendary comic persona’s world of malice and mayhem while playing a direct hand in seeking justice. Claim vengeance towards the Gotham city’s milieu of warped foes, while swooping through a labyrinth of gangster-ridden territories. 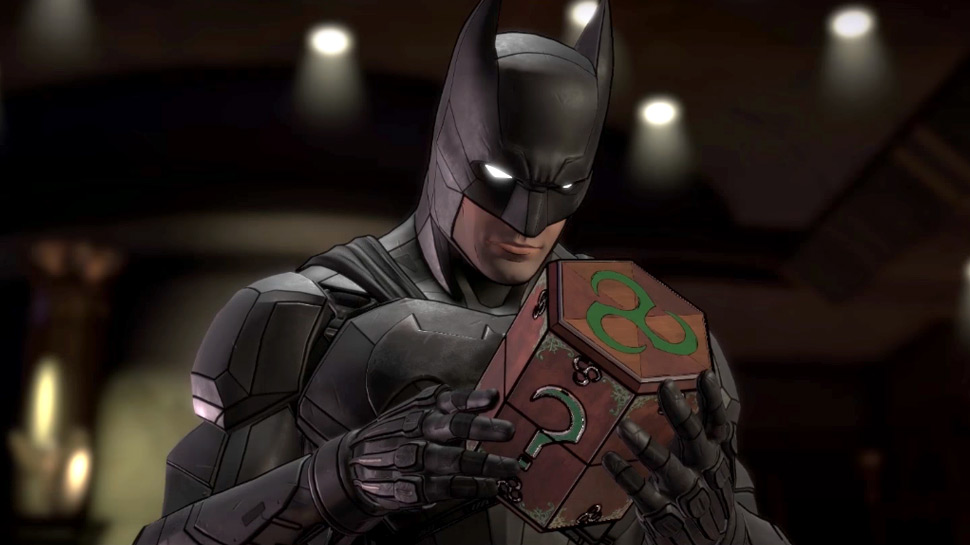 You’ll need your wit and stealth-thinking abilities as progress is a question of sifting through investigation sequences where your detective skills will be put into play while you scan the area. The character you choose to roleplay can be alternated between Bruce Wayne or Batman. 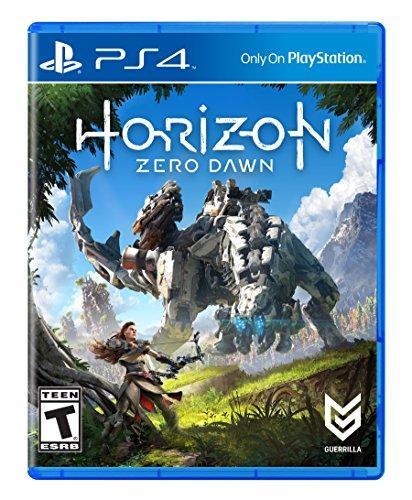 In Horizon – Zero Dawn, you are thrust into a post-apocalyptic world overrun by machination, with the mission to search high and low while rummaging through the relics of a now forgotten land. In this game, the beautiful scenic imagery captivates, with a sharp contrast between advanced technology and nature being the main elements throughout the storyline. 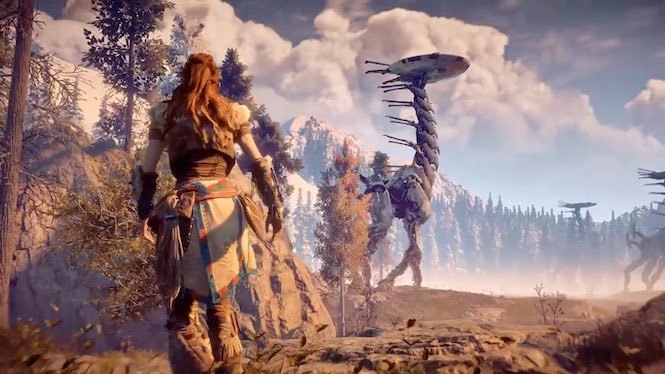 Rich in detail and strong in concept, the game is recommended if you enjoy spending hours on end exploring a vast virtual world where every single detail has been given its deserving amount of attention. You’ll have to be swift to action while guiding Aloy in his journey against the onslaught of the machines that he encounters. 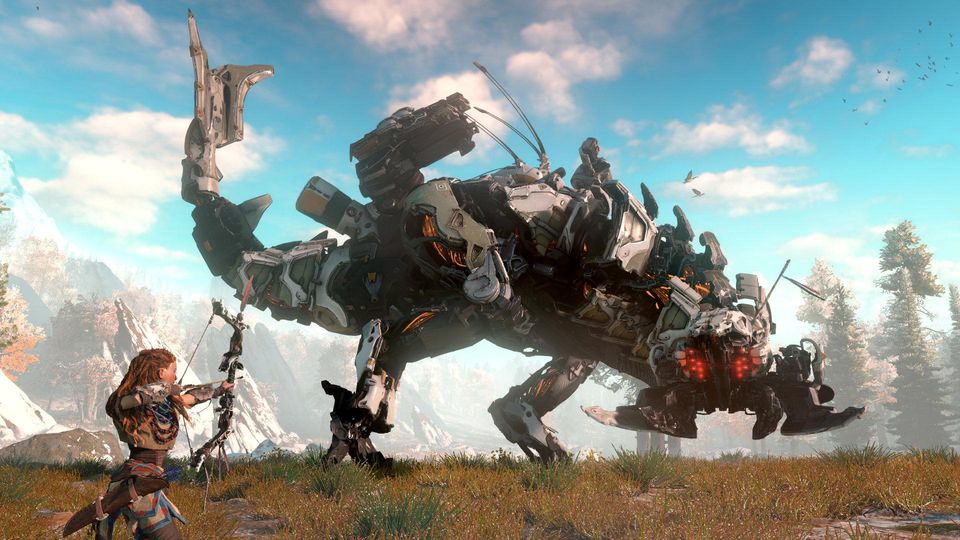 It becomes a question of drawing on your aggregated resources and skills as a means of survival.

The levels of detail are exhilarating and the story-line is breath-taking, taking you on vast voyages throughout forests and mountainous terrains. Wade tirelessly through the relics of a once-was civilization that is now the subject of your scrutiny while you try to make heads and tails of scenarios.

The landscape animates and the weather changes while you live each day and night as it comes in a post-apocalyptic world.

The Town of Light

You play Renee, a teenage girl impended in a cloud of confusion, as she wrangles with mental illness in an effort to reconstruct her disjointed past.

You’re thrust in between a rock and a hard place, while playing with Renee’s volatile emotions to steer her towards stability and mental resolve. 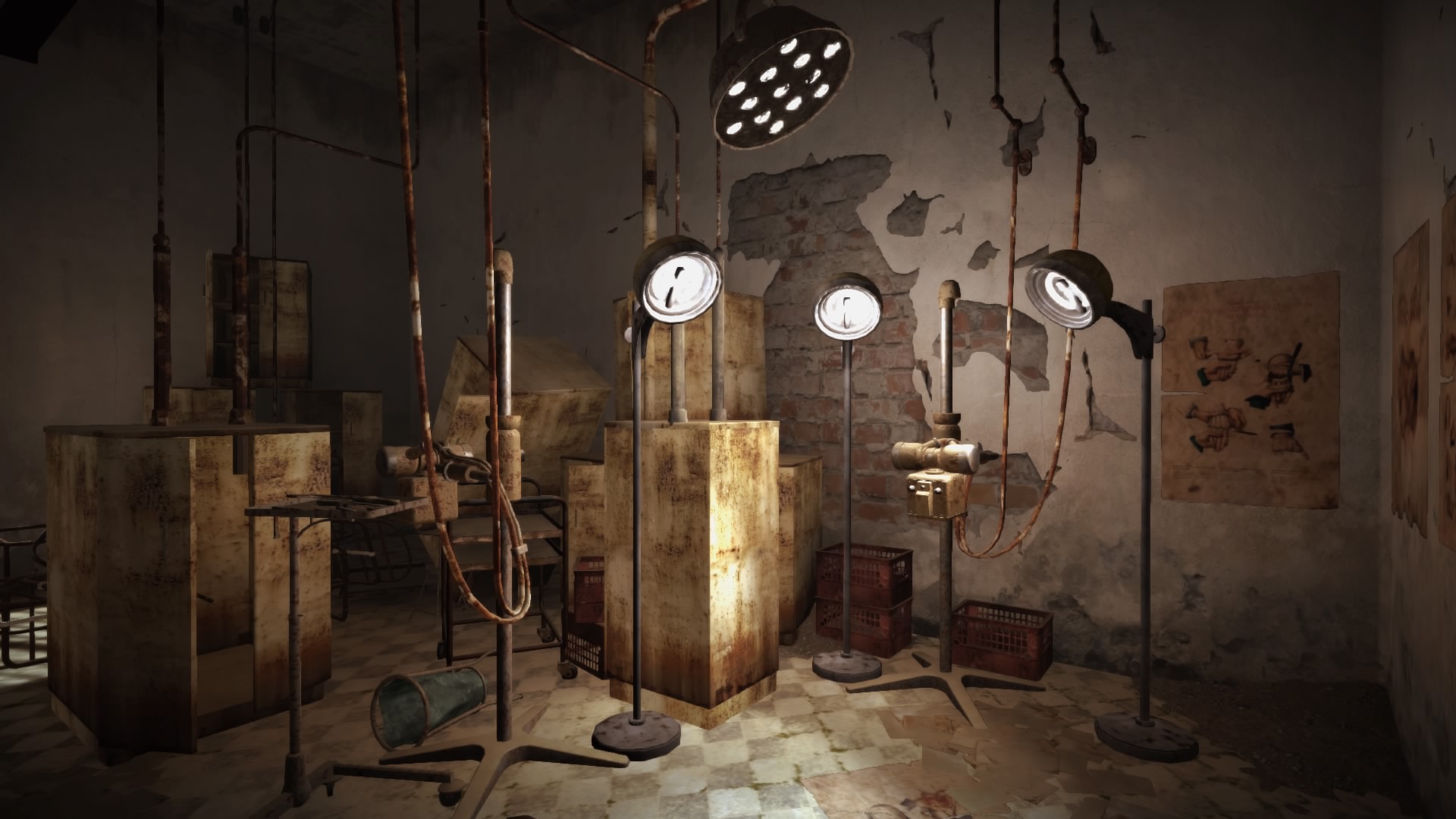 What first started as blackouts in her childhood has now developed into intense anxiety, with eery voices whispering in her head while she tries to survive the daily madness in an asylum in the Tuscan town of Volterra, Italy. 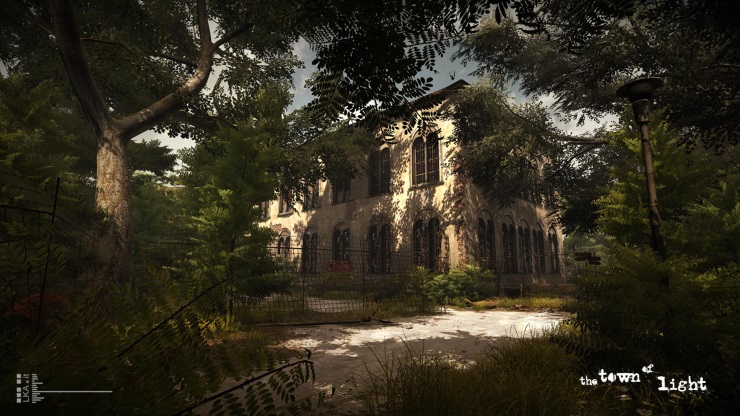 Relive haunting anecdotal scenes while delving into the psychotic minds of patients as transcribed through their records, while you explore the ruins of the Volterra Psychiatric Asylum. Steer Renee’s insanity towards rationality by unraveling the truth as it is divulged in a not so chronological fashion, in a story that gets tangled up in some blood-curdling as they are mind-bending scenes. 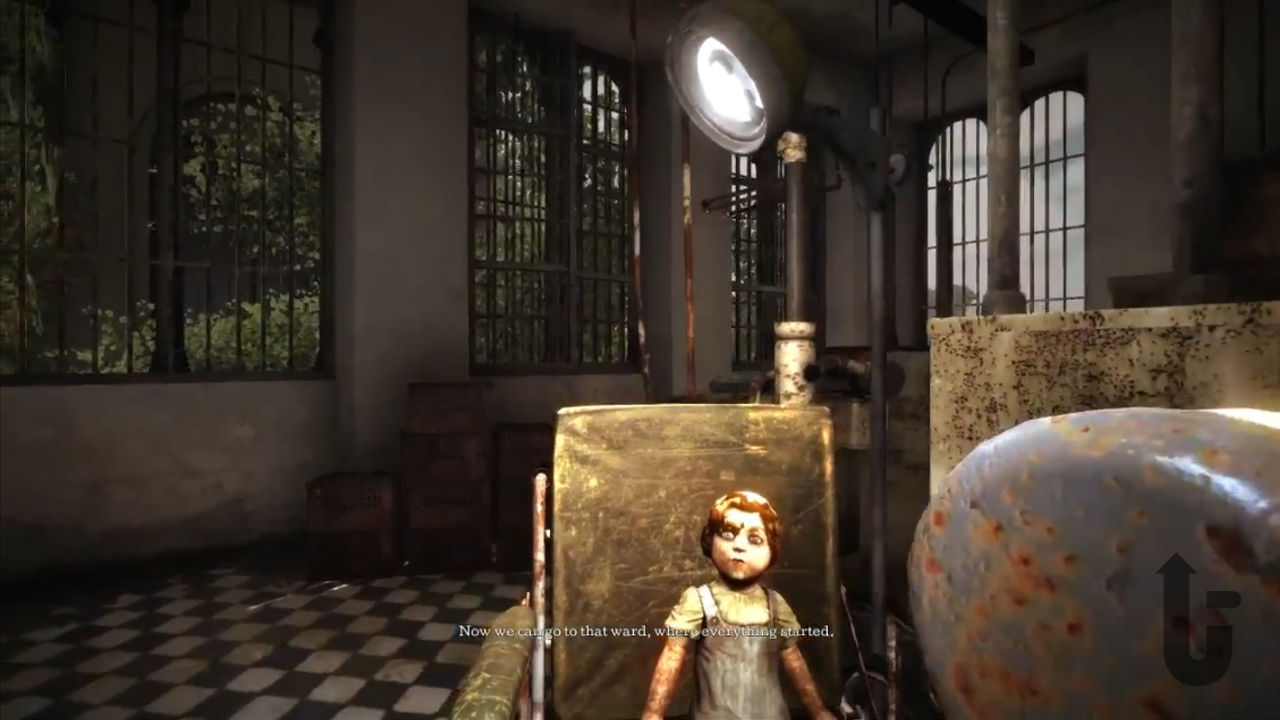 This is a game that fully examines the mysteries of the human brain, serving as an eye-opener to the corruption of mental health treatment circa the early 1900s.

What’s especially haunting is that the stories are based on real accounts from the 30s and 40s. 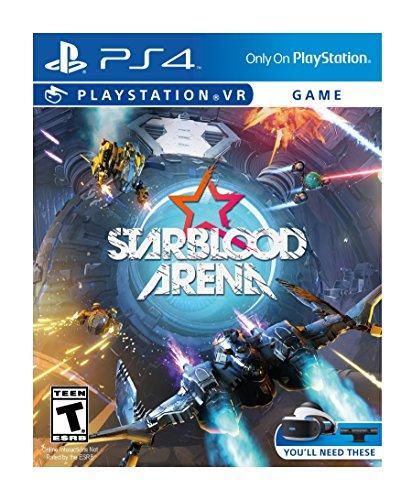 It’s you against the universe as you put your combat skills to play at full throttle. Maneuver swiftly through the galaxy on a plight towards glory while standing up to the challenge of a slew of enemy stand-offs. 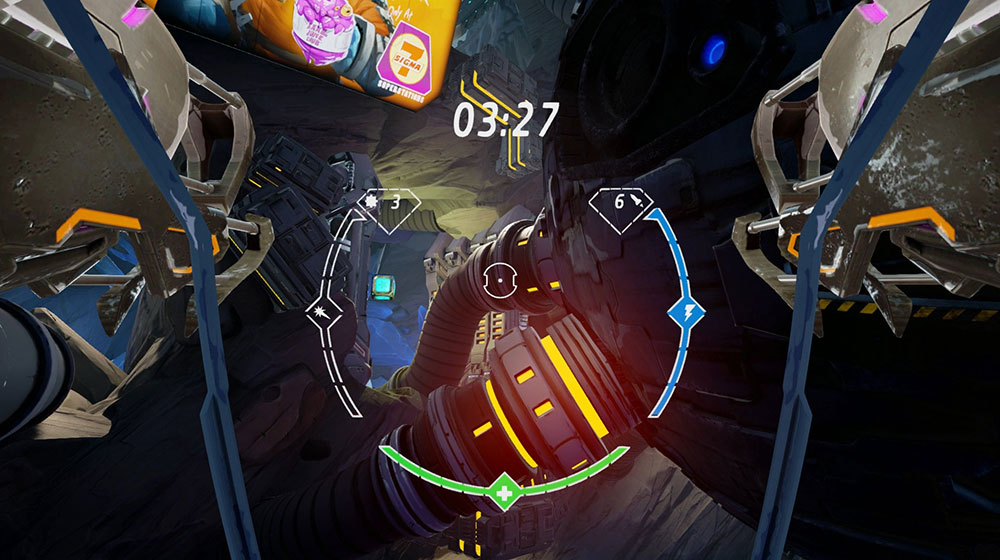 You have the option to play single-player Carnage death matches, Team Carnage death matches or Invaders co-op matches while putting your combat skills into effect to be sure victory is yours. Needless to say, in being a VR title, you’ll need the PS VR gear to experience it. 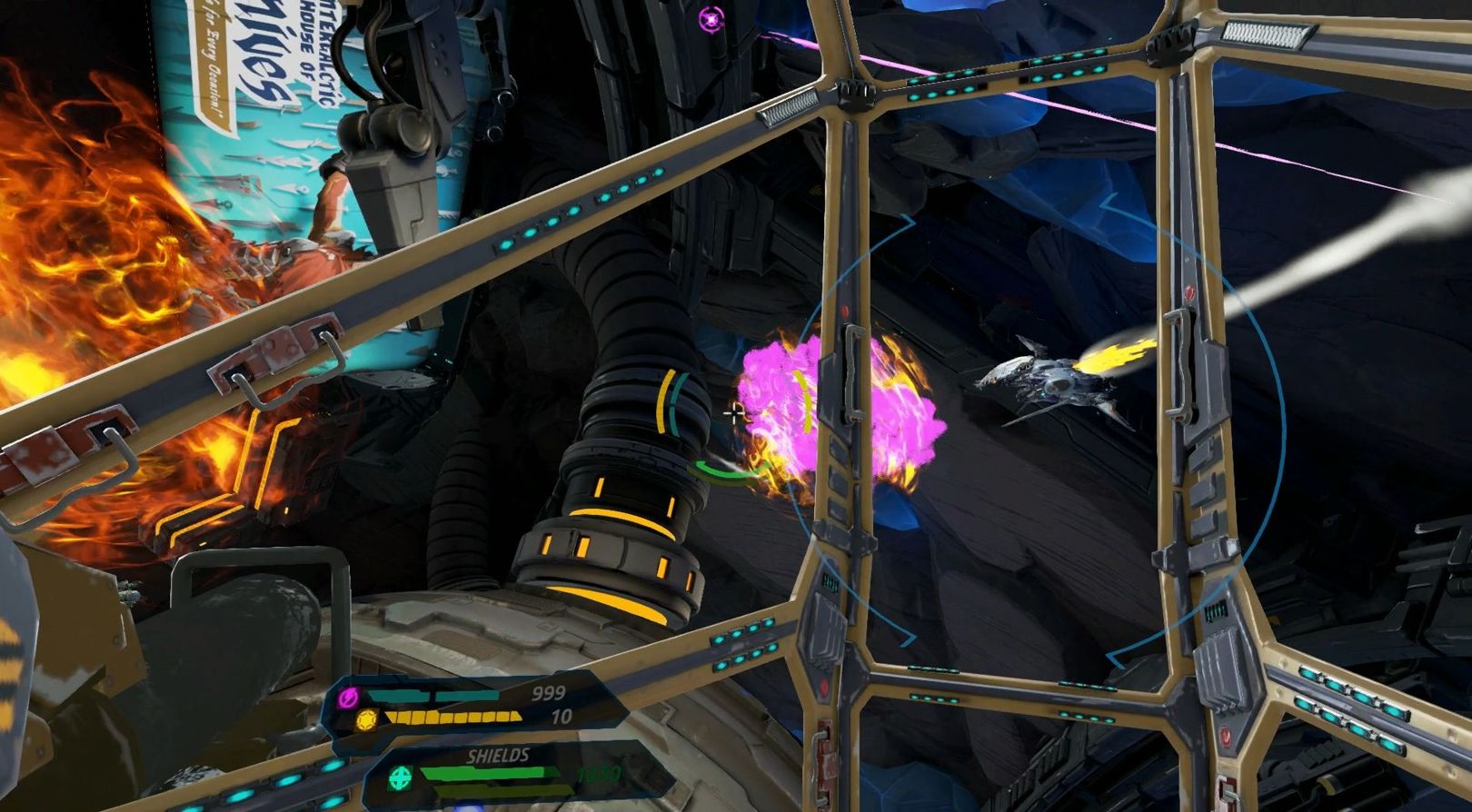 You’ll be monitored all throughout through Starblood Cameras which stay on you, broadcasting the mayhem as it happens so that every move within the arena is captured. 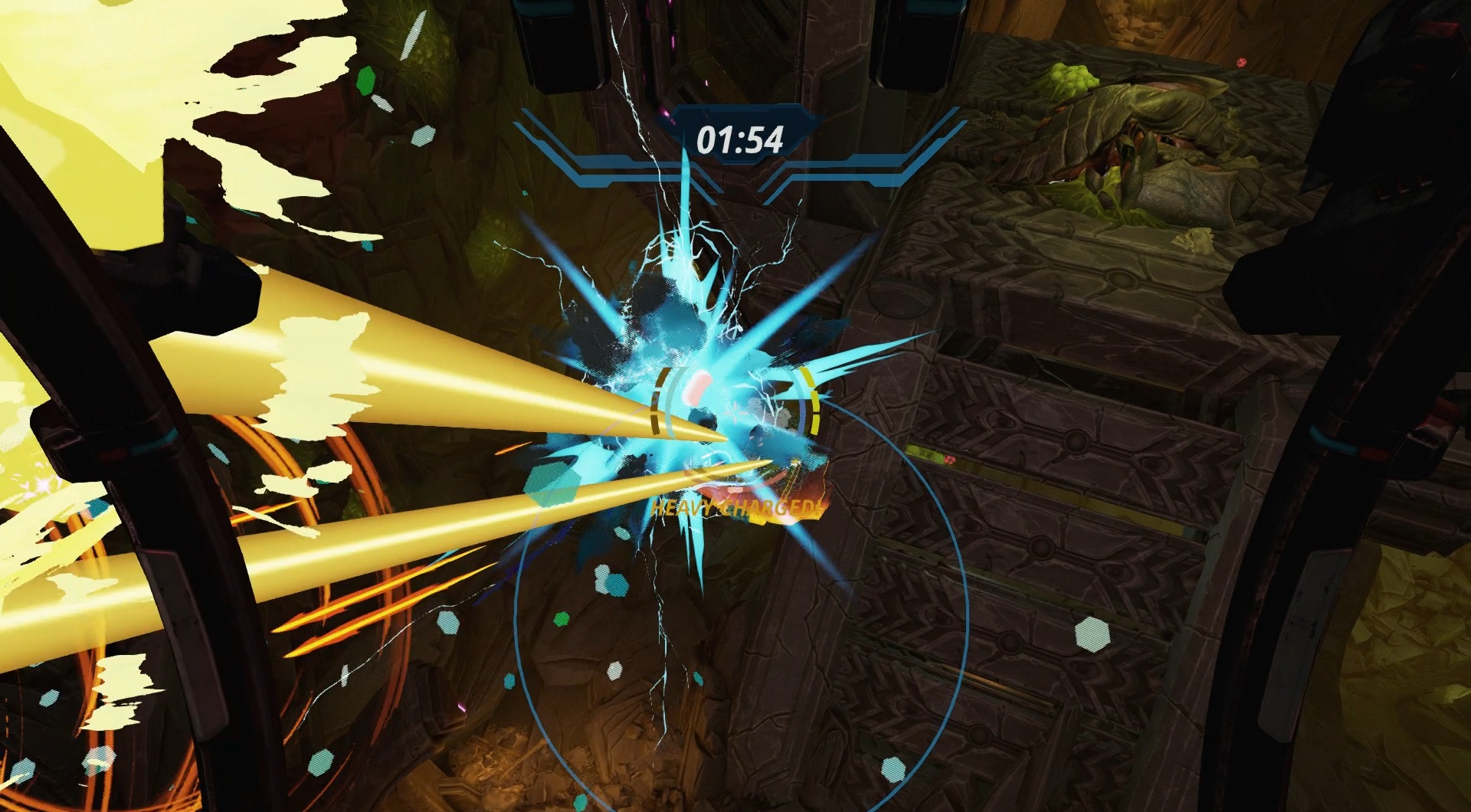 Take on massive challenges while you navigate your ship, controlling its unique pilot, with each unique pilot delivering a different gaming experience. More progress unlocks more entertainment in the form of new ships and arsenal as you move along. 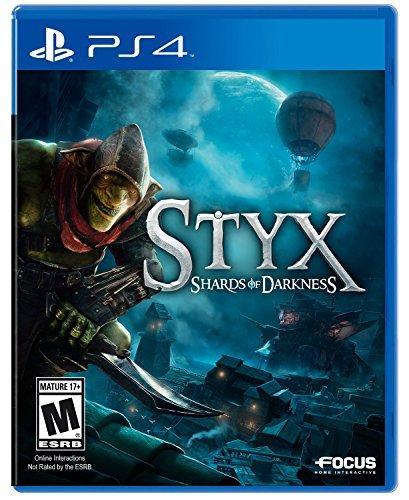 A stealth action game which throws you into the thickets of the eery Dark Elven city of Körangar, your quest is about revealing what exactly is behind the alliance that was forged between the dark elves and the dwarves. Your main player Styx is armed with unique abilities such as cloning himself to devise traps for his enemies as well as render himself completely invisible. 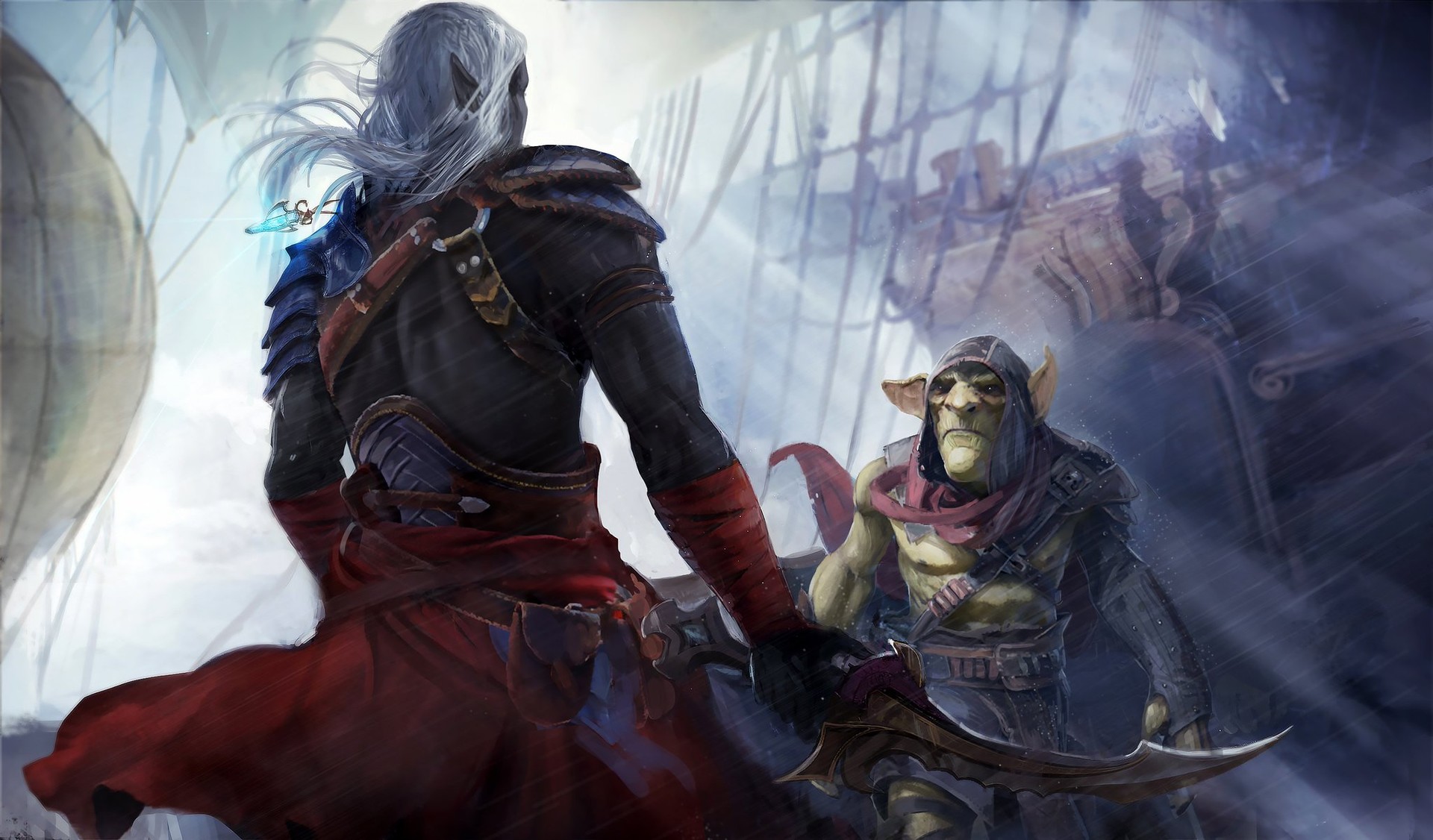 You can either face up to the challenges of confronting enemies or outmaneuver them and flee, while you rely on the physics of grappling hooks and ropes while attempting to access higher levels throughout the gameplay. 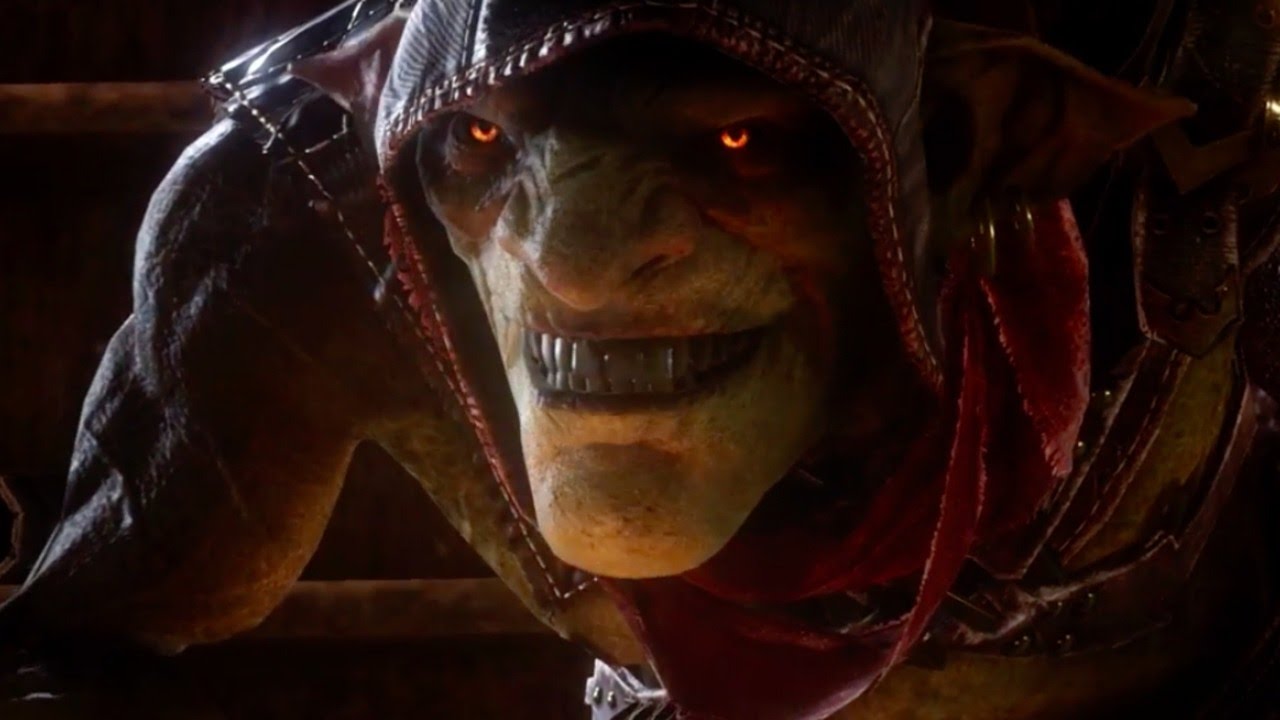 You also have the option to play in a multi-player set up whereby the second player is tasked with controlling Styx’s clone.

From French developers Cyanide, this is a very engaging title that is simmering with fantasy and lore. Keep your imagination-filled eyes wide open while zipping through an expansive territory. 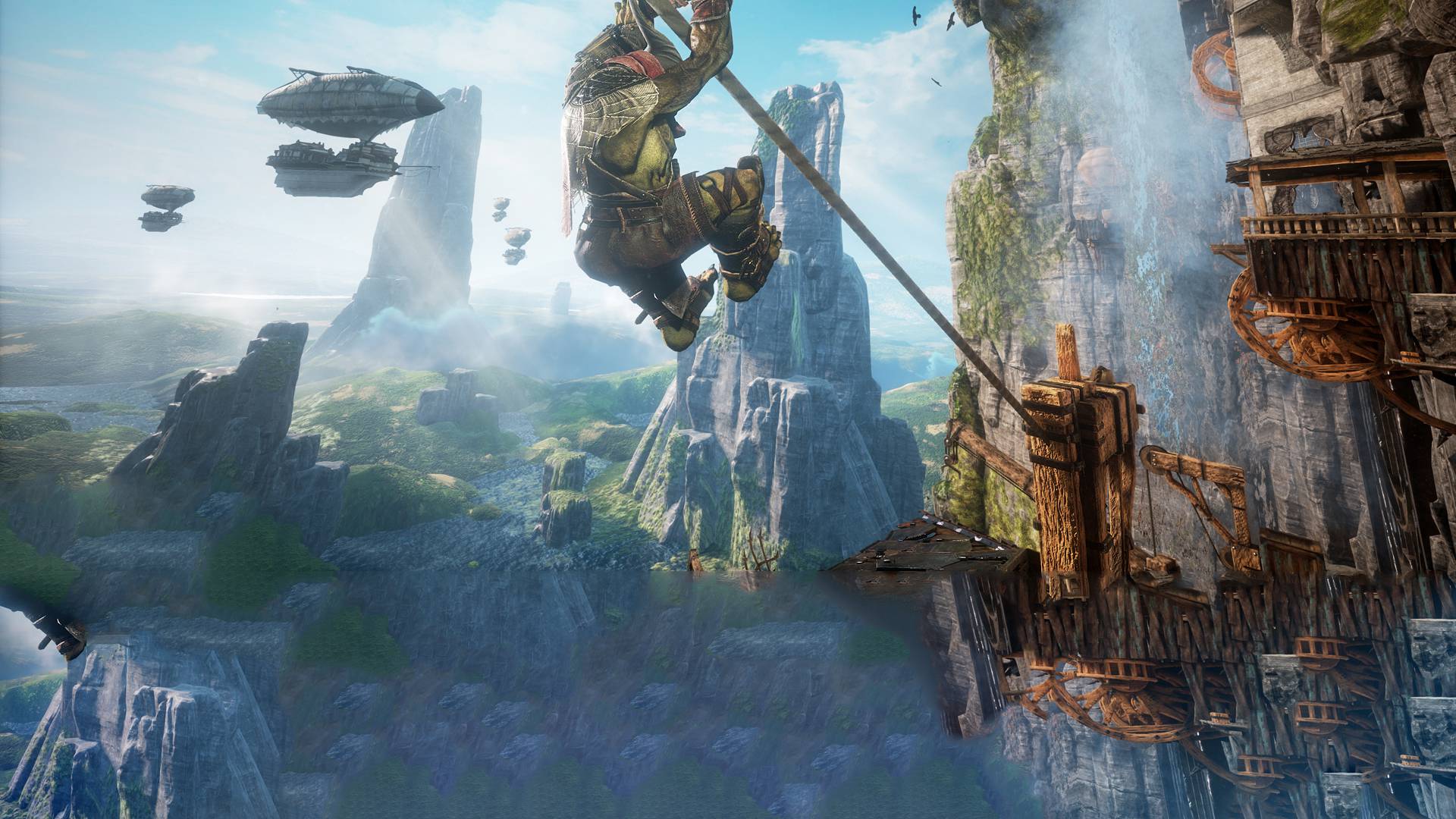 With more progress comes a flurry of new abilities, which are put to the test in a very wide world brought on by breath-taking graphics displays that were created through the Unreal Engine 4.

We hope you enjoyed this round-up.

A superior form of entertainment to bide your time with, these games will add more color if you’re looking for an entertainment fix that you’ll never get enough of.

All these engaging titles are available at the click of a button from Beirut Shopping, Lebanon’s most preferred online retailer.